You can see more pictures of these girls on our farm facebook page: www.facebook.com/bydesignfarm Misty is the mare that started my paint breeding program. Her first foal that we raised went on to be the APHA Congress Youth Reining Champion and has been Top Five/Ten at the APHA World Show in both Reining and Working Cow Horse. Misty is one of those mares that can never be replaced. She has a one in a million disposition, she is always dependable, and will do anything that is asked of her. Now she is the first one my kids learn to ride on their own. So great to have ones you can trust with your most precious cargo!

RETIRED from Breeding
This great mare is officially retired from breeding with her last foal born in 2021 at the age of 24. She is in incredible shape yet, sound in all ways, and looks years younger than she is. She will continue to be used as one of our main riding horses for our younger kids. We are blessed to have 3 of her daughters retained for our program. We hope to have many more golden years left with her! 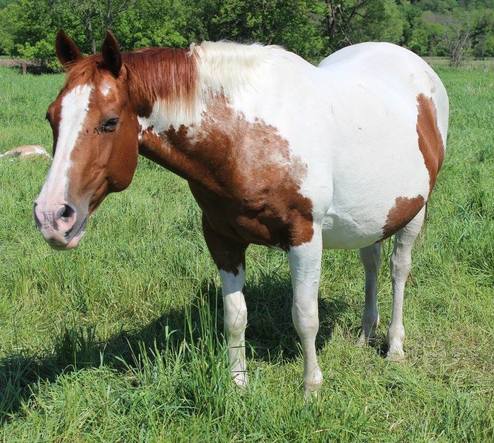 We are very excited to add another great daughter of Delta Flyer to our group of wonderful ladies! Our old mare, Delta was an incredible producer and we are thrilled to have found her younger paternal sister! Delta Flyer himself was a NCHA Super Stakes Champion with over $260,000 NCHA. Her dam's sire, Gold Doc Bar, won over $100,000 NCHA. Not many pedigrees like this! 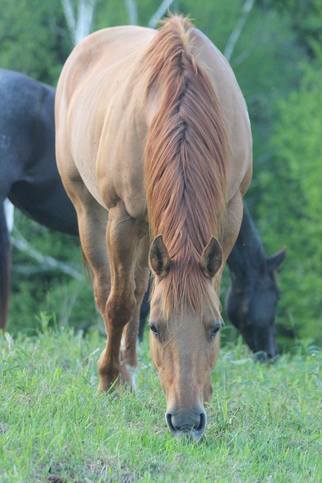 Honey is an own daughter of Delta Olena. Delta Olena is a NCHA money earner and APHA World Champion Working Cow Horse. He also has ROMs in cutting, working cow horse, tie down roping, heading, and steer stopping. He is also a sire of multiple World/Res World Ch offspring and money earners. Delta Olena is sired by the great Doc O’Lena and out of of the NCHA and APHA Hall if Fame and leading producing mare, Delta. On the bottom side, Honey’s dam is a daughter of Nu Bar. Nu Bar is an NCHA World Champion and money earner as well as an AQHA Res World Ch. His offspring have earned almost $900,000. 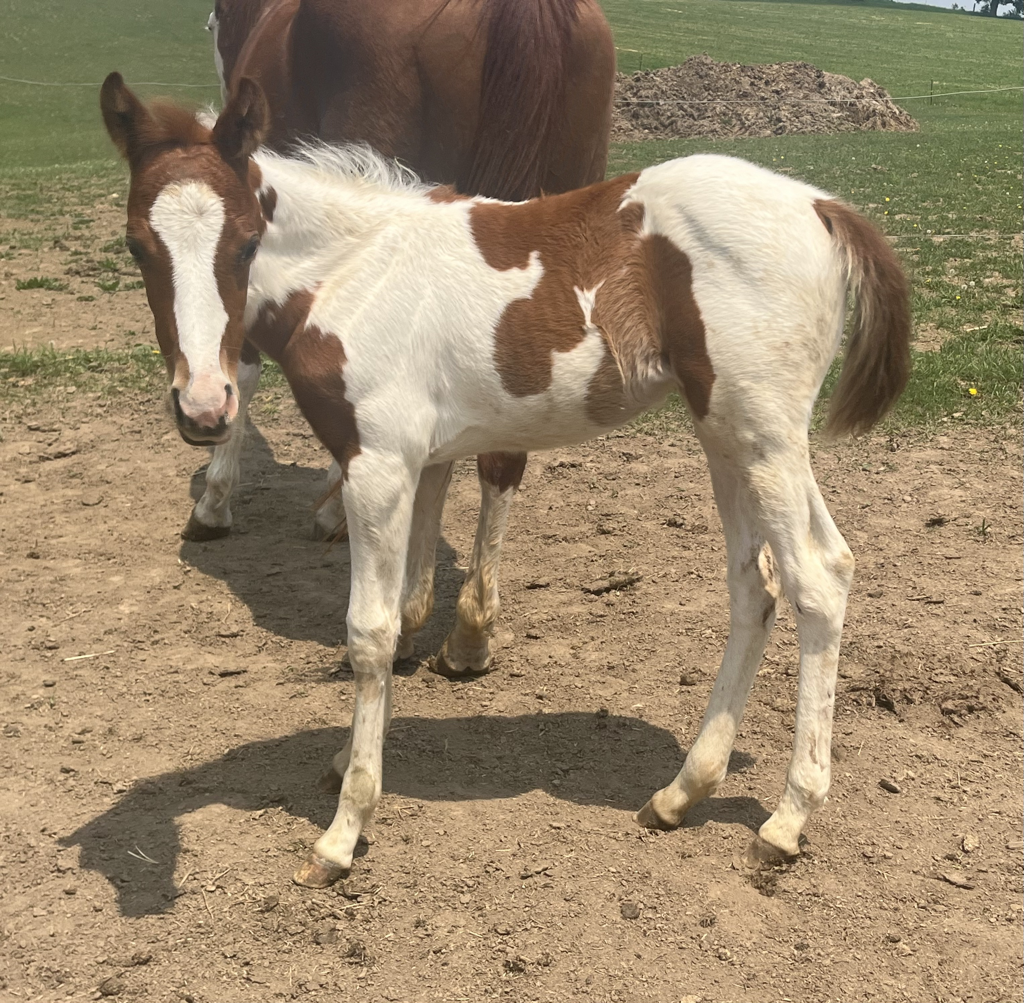 Holiday is an own daughter of Delta Olena. Delta Olena is a NCHA money earner and APHA World Champion Working Cow Horse. He also has ROMs in cutting, working cow horse, tie down roping, heading, and steer stopping. He is also a sire of multiple World/Res World Ch offspring and money earners. Delta Olena is sired by the great Doc O’Lena and out of of the NCHA and APHA Hall if Fame and leading producing mare, Delta. On the bottom side, Honey’s dam is a daughter of Nu Bar. Nu Bar is an NCHA World Champion and money earner as well as an AQHA Res World Ch. His offspring have earned almost $900,000.

Holiday herself is the producer of the 2019 APHA Res World Champion in Ranch Cutting.

​2022 Foal: Bay Tobiano Filly born April 19th. NFS. We are keeping her for the future of our program.

What can I say about Fancy? 💕 Fancy is the first foal I raised out of Misty and the one who started my paint cow horse breeding program. This girl is a dream in every way! She is so much like her dam. Wonderful, people loving, people pleasing disposition. Will do anything for you! She is a finished reined cow horse and has done well with limited showing. She has 20 APHA pts.; APHA Congress Champion in Youth Reining; APHA World Show Top Five (multiple times); and is a Ranch Sorting money earner. Along with reining/cow horse, she is a great head horse! She is a ton of fun to ride and loves to trail ride and work cattle. Now the last several years she has been safely teaching my kids and has been enjoying Little Britches Rodeo. She is so busy being used all the time that she has yet to have a foal. With her getting older (and a little sore from all the hard work she has put in), I figured we better start breeding her now or we may miss our chance. I am VERY excited for this first foal out of this extra special mare! 💕 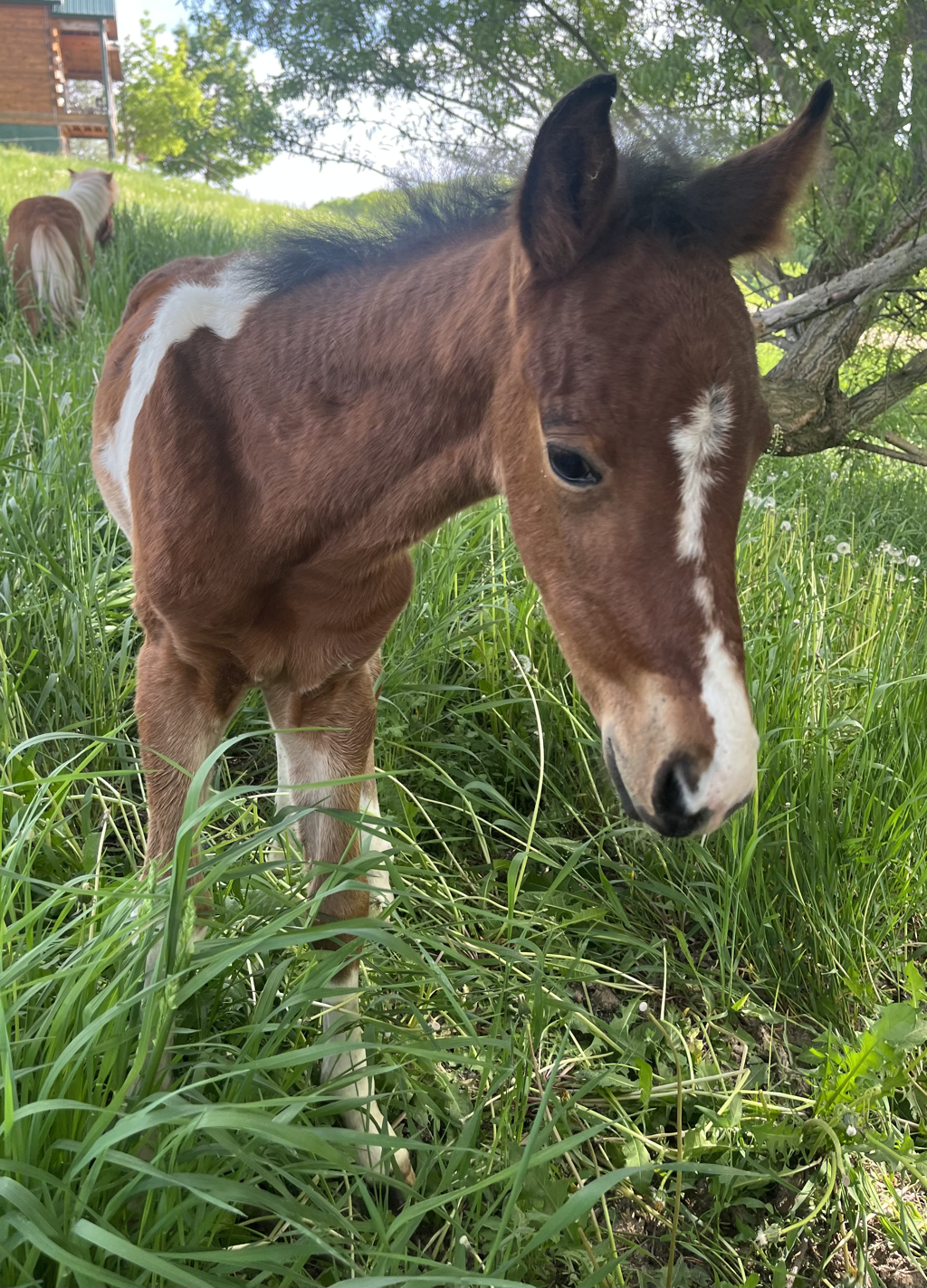 We are very excited to own this royally bred mare. Her sire is a 3 Million Dollar Sire and one of the leading sons of Peptoboonsmal! She has a wonderful disposition, is a joy to be around, has already produced two awesome fillies by Color Me Smart, and is that coveted hard to find blue roan tobiano to boot! We are excited to see all this mare has to offer!

2022 FOAL: Bay Roan Tobiano Filly born May 2nd. NFS. We are keeping her for the future of our program. 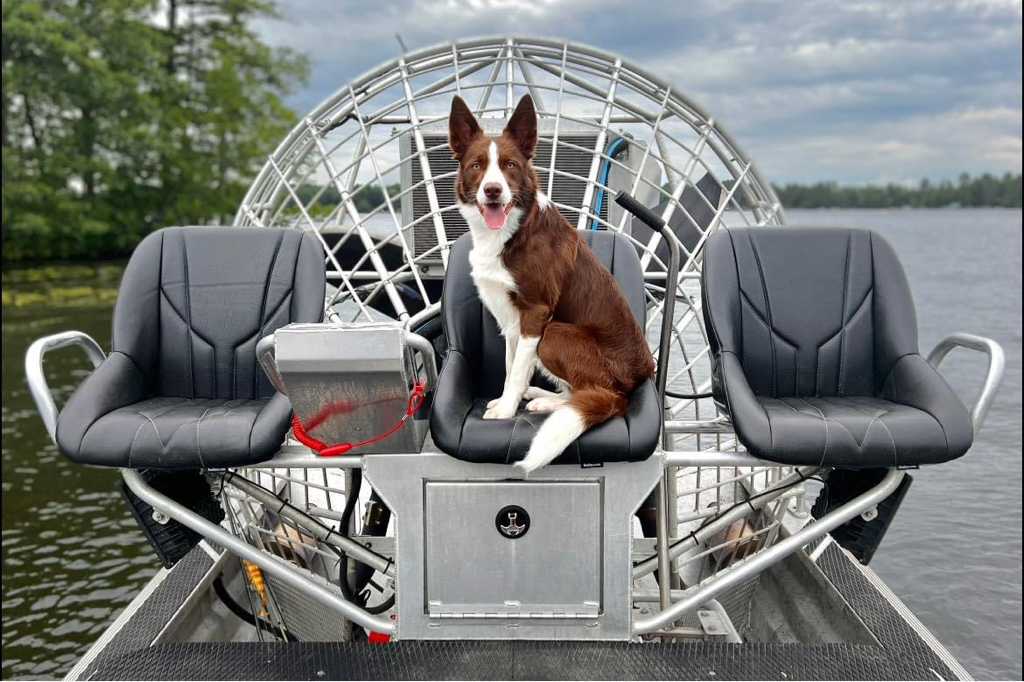 Lilly is my pride and joy (I guess they all are ;-) I searched long and hard for a grulla tobiano mare that actually had a proven performance pedigree behind her and I finally found her! I purchased Lilly as a coming two year old. She is an own daughter of the multiple World Champion and legendary sire, Ris Key Business. Lilly herself is as dependable as they come and is used to ranch, trail ride, parades, pack elk out of the mountains, ranch rodeo, Little Britches Rodeo, etc. You name it, she will do it. She is safe and trustworthy for anyone and is a favorite with our kids. We are so blessed with this one in a million mare! 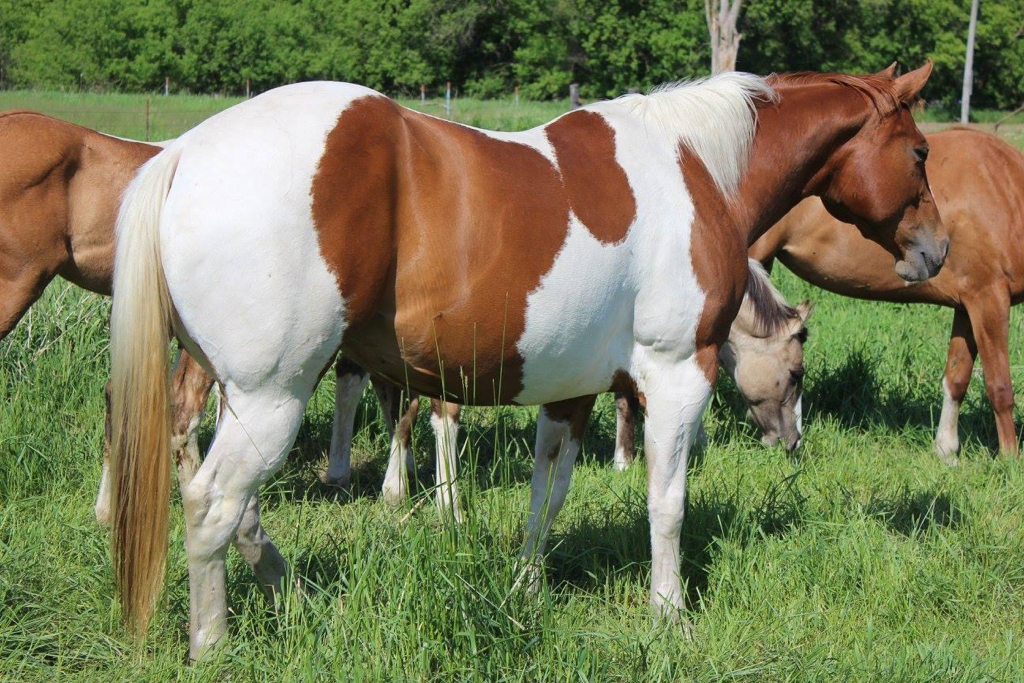 Sire: Forth Colonel (QH) - NRHA Money Earner, 68 AQHA points
Dam: Flying Freckles x Delta Flyer - LTE $211,359. World Champion Cutting stallion in both NCHA and APHA. NCHA Open Super Stakes Champion. NCHA Derby Open Finalist. Highest NCHA Paint Horse of All Time and sire of numerous money earners as well as World and Res World Champions.
​
This beautiful mare is a daughter of our great mare "Delta". Just like all of Delta's babies, Glory has what it takes to be an open performance horse. Glory was on her way to the Snaffle Bit Futurity when she was sidelined due to injury. She is still riding sound and is used for ranch work and trail riding, but she is not sound for competition. Her future babies will have to show her stuff for her! This girl is royally bred! EVERY horse on her face papers is an earner and/or producer with several Hall of Fame horses. Check out her pedigree!

Classy is another wonderful daughter out of Misty and by the #1 Open Point Earning Stallion in APHA History. She is APHA Breeders Trust Enrolled. Finished Heading horse and many miles of trails. 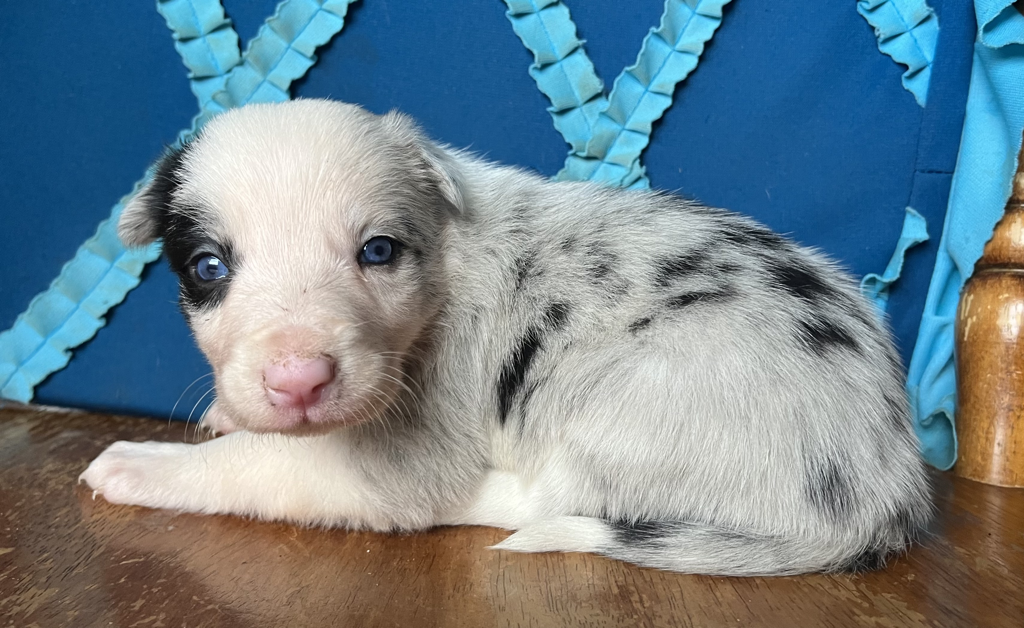 Tiger is the last foal and only APHA offspring of my stepdad, Michael Martin Murphey’s great mare, “Miss Wildfire”! We are honored to have the opportunity to keep Fire’s legacy going! Tiger is an absolute sweet heart and we look forward to many years ahead riding and raising foals out of her!

Pedigree: https://www.allbreedpedigree.com/bdf+tiger+lily
​
Raised from birth. Sold in 2016. Bought back in 2019. 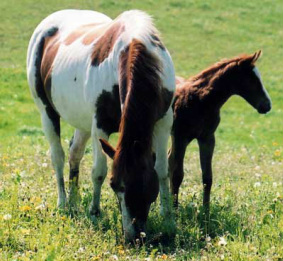 We are blessed to have this great mare in our program. She has some of the top cow breeding out there and she is also a producer. She was a finished cutting mare headed to the NCHA Futurity as a three year old, but due to unexpected events with her owner, she was unable to attend. Delta was then put into the broodmare band and has been busy raising foals ever since. After many years off, we got her back under saddle again. She will still hook on a cow and she shows a great mind with a ton of ability. She will be kept in shape enjoying some nice trail rides and doing some ranch work. This is one of those top producing mares.  Every one of her foals has been futurity quality!  They have a TON of ability, cow, and heart.  Everything you need to be great!  If you are looking for a top notch show prospect for cutting or cow horse, take a look at her babies!! You won’t be disappointed!! 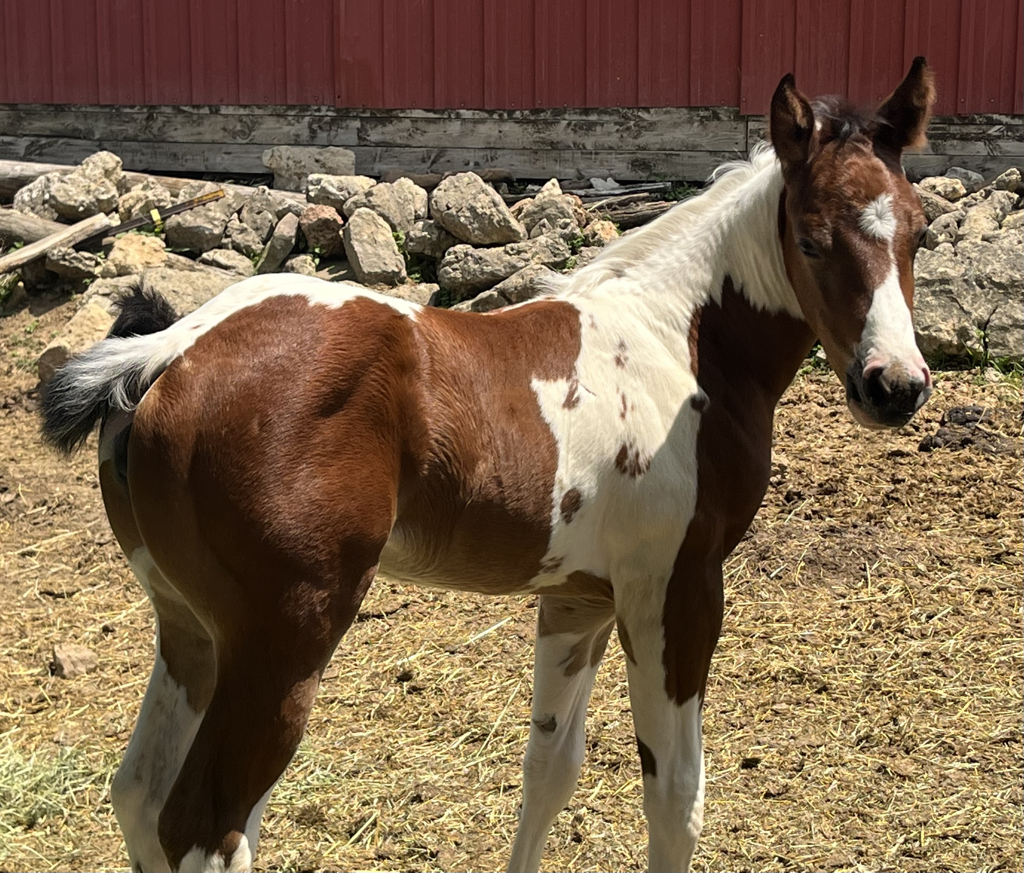 Tuxie is Brett’s favorite mount as a solid ranch and using mare. She hauls calves, packs elk out of the Rockies, and enjoys the trail. She is also an excellent producer and always produces a beautiful baby. 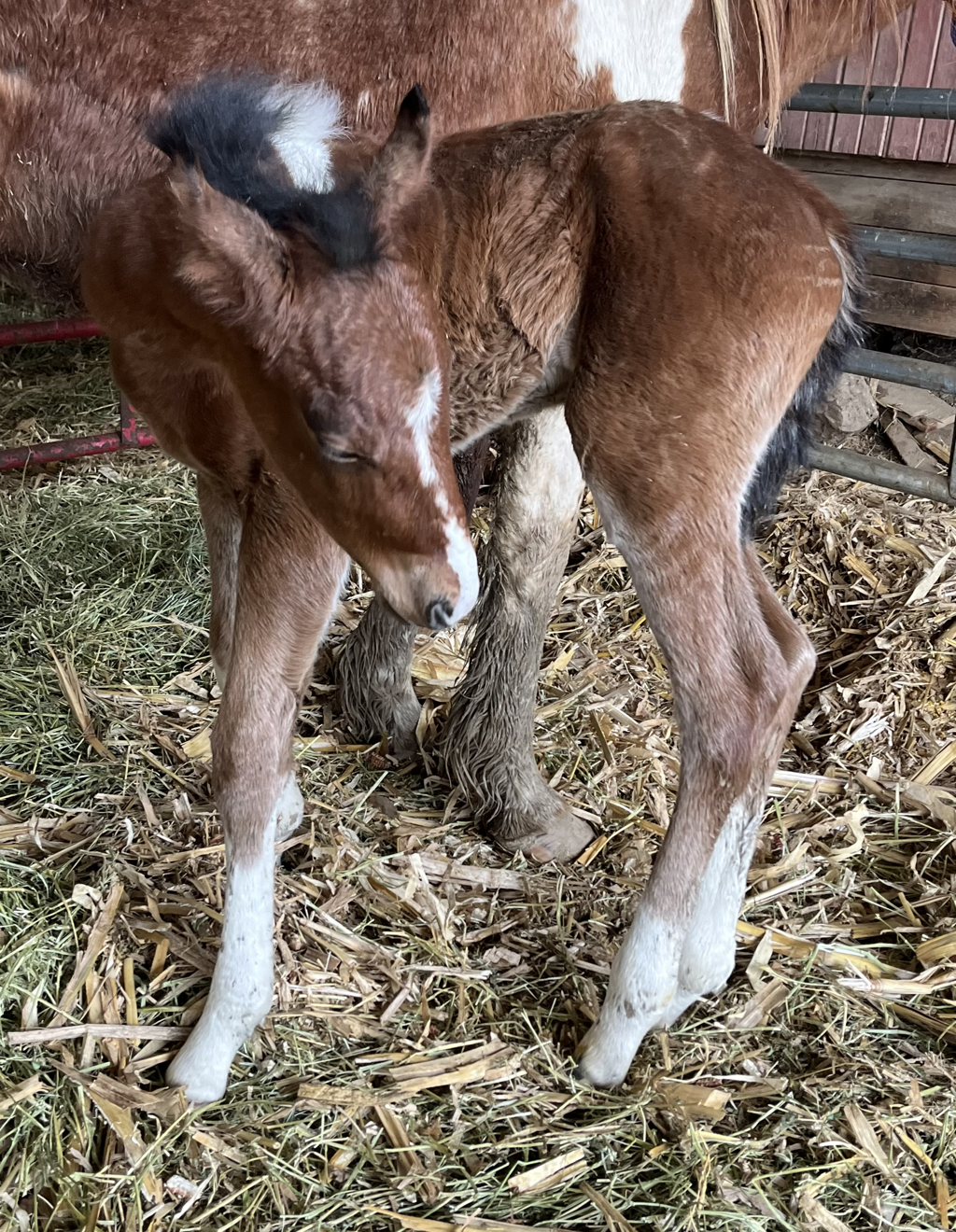